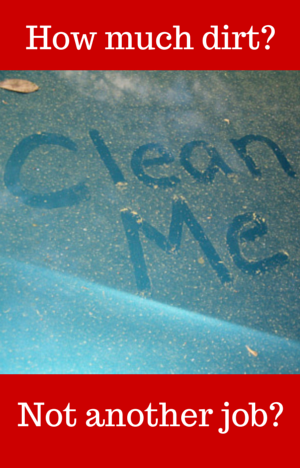 If you are looking to buy a spin bike for your home you want to be using it for spinning and training to help achieve your health goals not to have something else to clean or clean up after. Unfortunately like all cardio equipment it will cause some dirt and dust, but the good news is that is not too much.

At least when you are using your own spin bike at home you don’t have to be concerned with picking up someone else’s germs when they’ve sneezed or coughed over it. In a report on germs at the gym the investigator found 63 % of spin bikes had the common cold virus on them.

There was also fungus and yeast on the seats. You can read more here: http://www.fitnessmagazine.com/health/germs/germs-at-the-gym/

This was even with equipment that had been cleaned, so it is another reason to be careful at the gym to say the least and just how wise it is to consider working out in comfort of your own home.

This points to the fact there are 2 sources of dirt when a bike is in use – the bike itself and the person using it.

As well as coughing, sneezing and breathing on the bike, a person can drop sweat on the bike and floor. Sweat is corrosive with its mixture of salt and water and over time can corrode or rust the bike overtime. This can be prevented along with the catching of germs by wiping down the bike with a disinfectant and damp cloth to clean up the bike.

As well as coughing, sneezing and breathing on the bike, a person can drop sweat on the bike and floor. Sweat is corrosive with its mixture of salt and water and over time can corrode or rust the bike overtime. This can be prevented along with the catching of germs by wiping down the bike with a disinfectant and damp cloth to clean up the bike.

The amount of dirt that comes from a particular bike depends on the type of drive and resistance that it has. They are not particularly dirty machines giving off lots of lubricant and dust but there is a range that goes from those with magnetic resistance and a belt drive to bikes with a chain drive and a friction resistance.
Working through these scenarios and with examples of bikes that have the various set ups available, which are the same as when I discussed how noisy spin bike are.

Starting with the spin bikes that will require the most cleaning is:

Friction resistance is generated by a fabric pad that is pushed against the flywheel by turning a tension knob. The rubbing of the pad against the flywheel generates some dust as it get worn away by the friction, it isn’t a great amount each time as the pads generally last a year or so and are designed to be hard wearing.

The chain drive works the same way as you get on an outdoor bike. It will require to be lubricated from time to time and as such it will also drop some lubricant at times on to the floor. It is same amount as you get with an outdoor bike so not much at all but it does happen.

There is likely to be more sweat than anything else being generated.

These bikes are the mainstay of indoor cycles and spin bikes and do come in a wide range of prices depending on the other features included.

Examples of quality bikes with this arrangement are Sunny Health & Fitness Pro Indoor Cycle which is affordably priced, the Sole SB700 which is able to be used in light commercial situations as well as but costs more as exepcted and the Spinner NXT a commercial grade bike and again costs more again.

Next up are bikes that replace the chain drive with a belt drive.

The belt drive is cleaner than the chain drive as it doesn’t require lubricating. It is a rubber type band as opposed to a chain so no metal parts moving across each other. The bike still does have moving parts that may need lubricating to keep it in good working order (see how much maintenance is required for spin bikes) so there is still some lubricant that will drop from the bike and need cleaning up.

As a general rule bikes with belt drives tend to be more expensive but the Sunny Health And Fitness Belt Drive Bike can be an affordable option.

Bikes with these features have a number of benefits with one of them being they aren’t creating dust and drop very little lubricant.

With magnetic resistance unlike friction resistance there are no parts touching and rubbing against one another so there is nothing to generate dust so you get dust free resistance thereby you have even less cleaning up to do as a result.

These bikes do tend to be more expensive to buy due to the advantages and cost of manufacture. Bikes with this set up are the Keiser M3i a highly rated option , or the Diamondback Fitness 510Ic  or the Sole Fitness SB900 both more affordable options.

The sweat, dust, dirt and lubricant will accumulate mostly at the bottom of the bike and the floor and can be cleaned up weekly. The floor can get damaged by these things so it makes good practice to cover the floor with a rubber exercise mat to catch it.

The amount of dust and dirt overall is not great and you won’t have to be constantly dusting or vacuuming your house after use but it does make good practice to wipe down the bike on a regular basis to keep it in good working order and prevent the build up of germs etc.

We use cookies to ensure that we give you the best experience on our website. If you continue to use this site we will assume that you are happy with it.Ok